With the rise of internet radio services, advertisers are being given another way to reach possible customers, one that directly rivals traditional radio advertising. As a traditional form of media far predating the internet, radio has been an outlet used by advertisers for decades and generates billions in ad revenue a year.

However, in the last couple of decades as the internet has advanced, there has been a shift in the way advertisers approach customers and internet radio services have become a popular way for businesses to reach consumers. To most effectively use these advertising platforms, it’s important to know the differences and similarities between them. 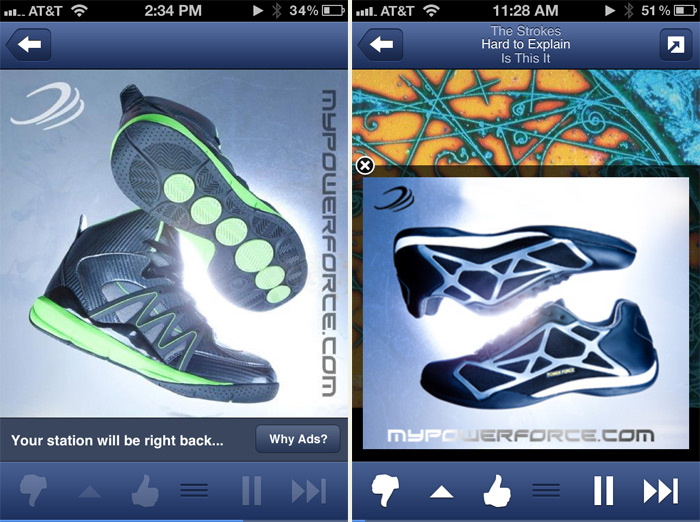 The Internet and traditional radio platforms both use ad targeting to make their advertising more effective.  Radio providers try to personalize ads for the people they think are listening to a certain station and what would appeal to them the most. For example, a station that plays teen music would have ads targeted to teen audiences, such as mall stores, while a station that plays alternative music may have ads directed towards more alternative or hipster audiences, such as craft beer brands or outdoor stores.

With traditional radio formats, there is a little more guess work on who a station’s audience is compared to internet radio formats. Traditional radio makes assumptions on their demographics based on the type of music they play, audience engagement, and where the station broadcasts. Using these audience assumptions, ads are customized to be effective with that audience.

With internet radio platforms, they know these facts. Many providers will ask for data about the listener when they register for the service, information such as zip code, gender, and birth year. Service providers will then use that information to personalize ads for the listener, and targeting ads they think will be most effective on that listener. This information can be useful when trying to reach a specific target audience and generally, advertising is a lot more precise on internet platforms over traditional radio.

Internet radio services usually only have one or two ads between songs, using much smaller blocks of time, however, they are more frequent between songs. These differences in how ads run can be important to advertisers. Many internet radio providers also have the option of display ads, which can be a step up over traditional platforms that are restricted to only audio advertisements.

This can be very important to advertising, as someone who listens to a certain radio station frequently may become attached to the personality or host, and come to trust them. This is useful as an event or company endorsed on air by a host may cause listeners to want to buy tickets to the event or buy from the company the person is endorsing.

With internet radio services, all the songs are coming through a screen and there is no interaction with another person. There isn’t the same attachment or loyalty to a station, and that can be a big drawback from an advertiser’s perspective. “Live reads” or advertisements read by a DJ, endorsing a good or service are only available on traditional platforms. They are an effective advertising tool, especially if the listener trusts the DJ making the endorsement. Listener loyalty can be used very effectively by advertisers. Internet radio lacks that component of traditional radio.

Radio has been a widely used form of media broadcasting for decades and has been used by advertisers for just as long to reach potential consumers and turn them into buyers. Many tools to make this process as effective as possible have been developed over the years. However, with the rise of the internet comes the rise of internet radio, a new player in the game of media advertising.

Both internet radio and traditional radio have their benefits and drawbacks, and the way advertisements are presented to listeners also have their own strengths and limitations. As with all forms of advertising, it’s up to advertisers to decide which service will work best for them and most effectively reach their potential buyers.

Ask us a question.

This website uses cookies to improve your experience while you navigate through the website. Out of these, the cookies that are categorized as necessary are stored on your browser as they are essential for the working of basic functionalities of the website. We also use third-party cookies that help us analyze and understand how you use this website. These cookies will be stored in your browser only with your consent. You also have the option to opt-out of these cookies. But opting out of some of these cookies may affect your browsing experience.
Necessary Always Enabled

Any cookies that may not be particularly necessary for the website to function and is used specifically to collect user personal data via analytics, ads, other embedded contents are termed as non-necessary cookies. It is mandatory to procure user consent prior to running these cookies on your website.