Viral trends on social media platforms are notorious for spreading wildly, they move fast and it’s hard to predict when they’ll end or change. Marketers are all too aware that in order to stay relevant and engaging, brands and social media managers must do their best to jump in with their response or their own version of a viral trend. But is it really important to keep track of silly videos and songs on social media? The answer is yes! Users want to see more than just your product or service on their feed. The driving goal behind participating in a social media trend is not always sales or engagement, but simply creating a deeper connection with your audience.

An audience that is one of the most interesting to capture is the Gen Z demographic. IBM explains that, “Gen Zers are both practical and skeptical. Their focus is on quality and authenticity—not on marketing hype. After all, Gen Zers are growing up at a time when “alternative facts” has become a newsworthy phrase, and their familiarity with technology means they are not easily fooled” (IBM, 2017). With that being said, brands can easily be ousted by Gen Z users if they fail to stay relevant, or worse, do it wrong.

That’s why we wanted to touch on some of the brands that have done it right. First up is a recent one, dubbed the “Spirit Hallowmeme” which was born out of mocking the cheesy knock-off costumes offered by Spirit Halloween. Spirit Halloween played along well and gave permission for users to create their own and was even able to laugh at themselves using the self-deprecating format of the meme. Many users, including Gen Z, value this kind of transparency from brands. 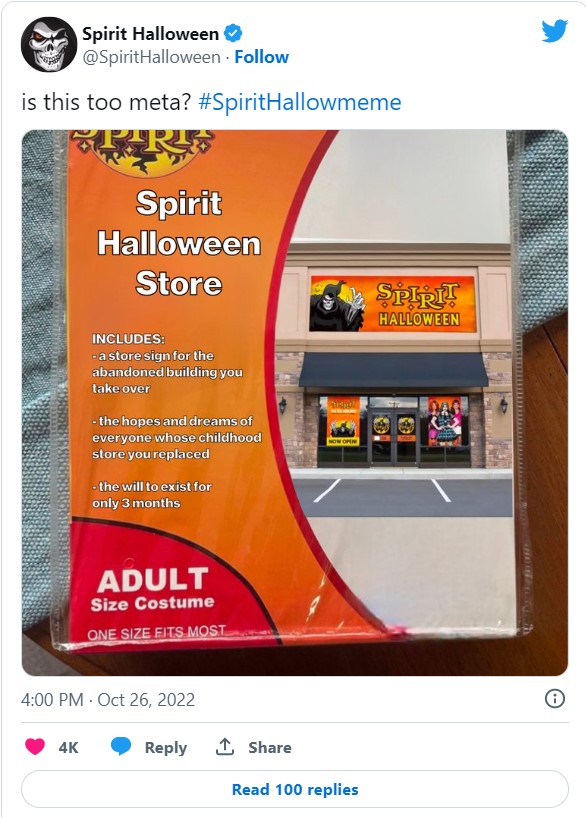 The next example is from Rainbow, a women’s clothing retailer. Instagram was taken over this summer by cute colorful “Little Miss” characters calling you out on your most personal insecurities and red flags. Many brands, like Rainbow, poked fun at women’s shopping habits including a Little Miss meme that said “Little Miss spends another $50 instead of paying $5.99 for shipping”. These are opportunities for users to feel seen by the brand and to feel less shame, which ultimately encourages them to engage with the brand more and make more purchases. 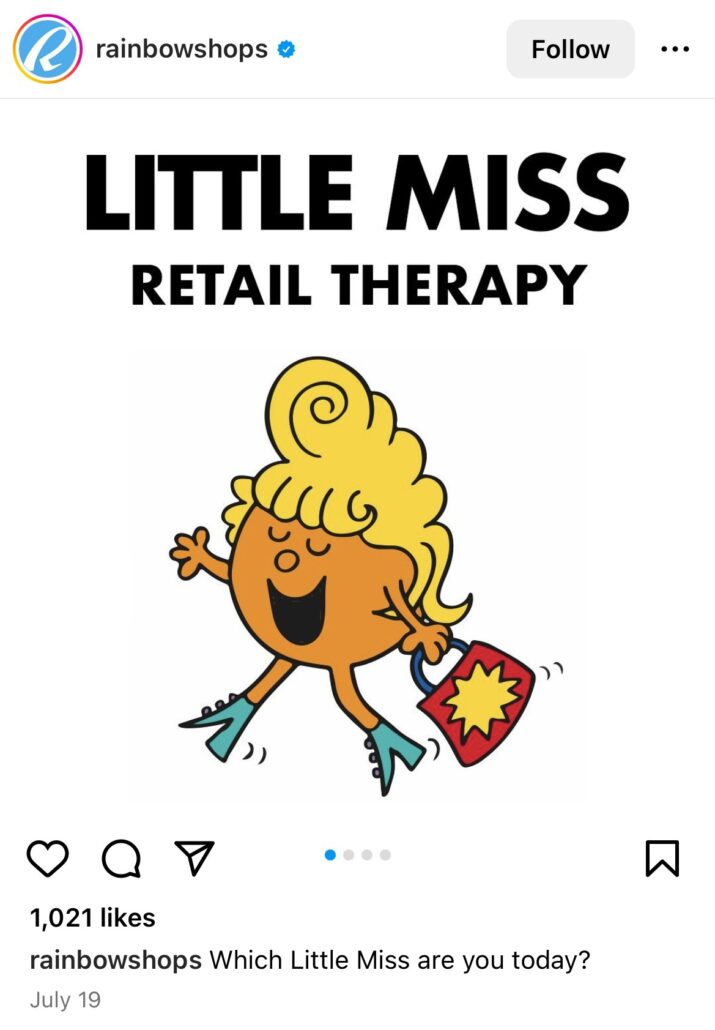 Finally, an oldie but a goodie. This is a great example of a brand connecting with their audience by directly linking a product to a trend. The “Damn Daniel” meme originated in 2016 from a twitter thread of friends creating videos and commenting on their friend Daniel’s daily outfits which included white Vans shoes. The tweets circulated around the friends’ high school circles but was picked up by a few Twitter meme accounts and blew up. Users contributed by creating their own videos using the same format, or commenting “Damn, Daniel!”. Clorox recognized the joke and placed their product in a way that was candid but effective in promoting what it’s known for. 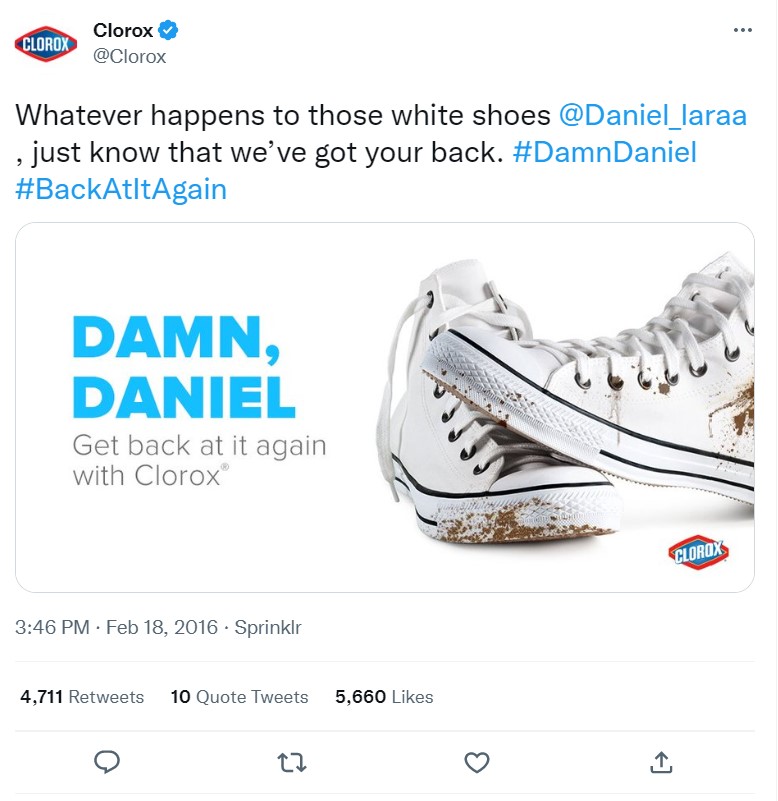 Moral of the story? Pay attention to the little things. Those silly songs and videos are integral to a brand’s identity and extend out to your audiences’ identity too.

Ask us a question.